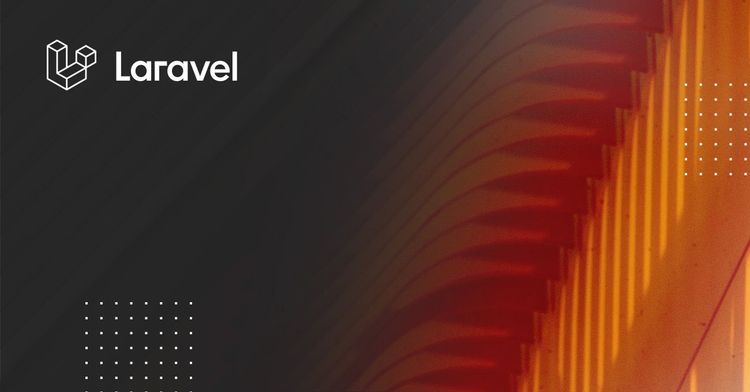 For most PHP programmers, the beginning of February should be clearly associated with the new version of the Laravel framework. Last year in December, we managed to show you what new products will be presented with the release of version 9.0 of this popular tool. Today we will try to compare the information we had at that time with what is contained in the actually released version.

For most PHP programmers, the beginning of February should be clearly associated with the new version of the Laravel framework. Last year in December, we managed to show you what new products will be presented with the release of version 9.0 of this popular tool. Today we will try to compare the information we had at that time with what is contained in the actually released version.

By looking at the above-mentioned article, you can already confirm the elements that were actually introduced into the new version:

For details of the above-mentioned issues, please see our previous post. Now let's try to focus on new products that we did not know about in December 2021.

The new version of Laravel provides a new way to define accessors and mutators. So far, their use has been to define methods in model classes, for example:

In the new version, it is possible to create accessors and mutators using one method where type-hinting is Illuminate\Database\Eloquent\Casts\Attribute. Example:

Thanks to the capabilities of the PHP interpreter version 8.1, it is possible to cast the values ​​of model attributes to enum objects (new in PHP 8.1). For this purpose, we need to specify the attributes we would like to cast, by creating a binding table and assigning it to the $casts field of the model:

Such a modified model causes that calling and using its attributes will result in their projection on the enum:

Thanks to the enums mechanism described above and introduced in PHP 8.1, it is possible to use it in building routing. Let’s take a look at the example of an enum describing categories:

We can now suggest to create a new route, which will be called only if the part of it described as {category} has the value "fruits" or "people":

If this condition is not met, a page with 404 status will be returned.

When building individual routing entries, there is often a need to associate the model with the appropriate route definition. Previous versions of Laravel allowed to create this type of address even for two models, as long as there was a defined binding between them. The example below illustrates the situation when we try to get all the user's posts based on the "slug" column:

As you can see, this code searches for post model objects not on the standard "id" but on the "slug" column. This technique is called "custom keyed implict binding". Its use meant that it recognized the type of connection between the user and post models on the basis of the naming convention. Unfortunately, this only happened if an explicit non-default key was actually used.

In Laravel 9, we have the option to force the framework to recognize the described bindings between entities, even when the custom key is not provided. For this purpose, when building the route, we should use the scopeBindings method:

What’s more, in a similar way we can force constraint recognition for whole groups of routes:

Another new feature concerns controllers and routing. Laravel 9 introduces the ability to define a common controller for the entire group of routes. In the following example, taken directly from the framework documentation, we can see an example of such a declaration:

It is easy to conclude that for both routes/orders/{id} and /orders one OrderController has been defined, which contains two methods - "show" and "store" - they are of course assigned to the selected routes.

The changes also apply to migration, as the latest version of the framework adds the implementation of "full text" indexes. Their use is extremely simple, as it only requires the added "fullText" method when declaring the column:

The above query example will be replaced with the appropriate clause of the selected database. In MySQL it will be "match against".

Further changes have been made to the way views are handled. The authors added the ability to generate HTML code based on the Blade code placed in the "render" method. Thanks to this, it is possible to quickly build the resulting HTML in one line:

The render method takes the Blade template code as the first parameter, and the data array as the second parameter. Moreover, it is possible to use the "renderComponent" method, which allows you to pass a class component to be rendered:

Some slight improvements also concern the use of slots in views. Their current names are given as the value of the "name" attribute of the x-slot tag, which are presented below:

are replaced by the abbreviation:

Another novelty concerns the method of selecting a checkbox and a drop-down list. For the first one, you can now use the "@checked" directive, which, based on a defined logical condition, will select or deselect the check box:

The "@selected" directive can be used in a similar way:

In this example, individual elements of the selection list are added in the loop, and the @selected directive checks the condition that defines which field is to be selected.

In addition to the above-mentioned list, the authors introduced a number of smaller improvements:

Analyzing all of the changes, it can be easily noticed that the next version of the framework is an evolution, not a revolution. In most cases, the changes are an improvement of the functionalities known from previous versions, enriching them with new possibilities or refreshing the appearance. Nevertheless, some of these will definitely become the permanent standards and will improve the programmer's daily work.

It is also worth noting that the planned bug fix support for Laravel version 9.0 ends in August 2023, while all security threats will be fixed by February 2024.

And on February 7, 2023, the next, tenth edition of the framework awaits us. So make sure to follow us on social media – as soon as the first confirmed leaks appear, we will let you know!