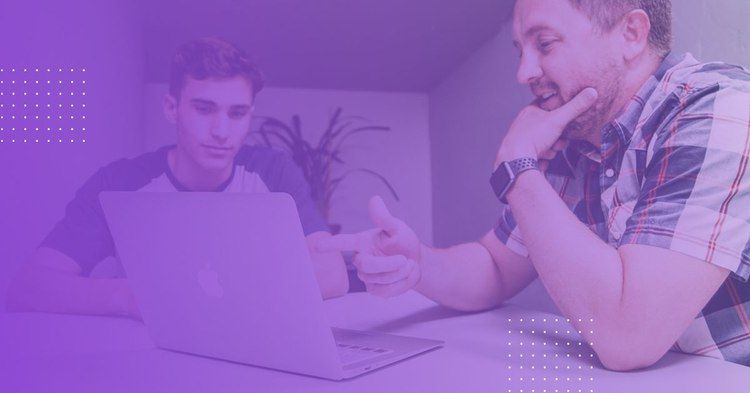 Competent feedback helps peers and employees develop their professional skills, at the same time increasing the efficiency of the whole team. Knowing how to give feedback is crucial to conducting performance appraisals, sharing your insight in surveys, or improving your everyday work. Follow our 6 tips on giving effective feedback.

Competent feedback helps peers and employees develop their professional skills, at the same time increasing the efficiency of the whole team. Knowing how to give feedback is crucial to conducting performance appraisals, sharing your insight in surveys, or improving your everyday work. Follow our 6 tips on giving effective feedback.

The Role of Feedback

The main reason for giving feedback is to inform another person how their attitude affects you. The following rules apply to behaviors that impact you in two ways:

It’s relatively easy to change behavior. You can, for example, write more detailed comments, speak slowly, or cease from interrupting others. Remember, however, that you don’t have any impact on another person’s personality, their views or values. These cannot be changed with a mere conversation, so it’s not even worth trying.

By giving feedback, you can influence the frequency of your peer’s or employee’s given behavior. However, the decision to act on that frequency is in end made by the listener.

Even if you think what you’re about to say is objective, you can’t be sure that the other side feels the same. Even when you’re more experienced or have a better knowledge of the industry, your opinion is still subjective, so present it as follows:

I was impressed by your composure in this stressful situation.

As far as I know English, using X expression is not professional enough. I would rather opt for Y.

I felt treated unfairly when you informed the client about doing X without telling me about it.

I was terribly disappointed when I learned that you did X.

Your peers and employees have a chance to consider your opinion only when they know exactly what’s it about. Be specific in your feedback, talk in detail about, for example, what you didn’t like during the company dinner. When commenting on others’ work, always refer to a specific situation: date, place of action, a name of the project, etc. Only then will your listeners be able to properly draw conclusions and rethink the whole situation.

Using expressions such as usually/always/never is not a feedback.

#4 Organize a Feedback Meeting As Soon As Possible

Discuss the situation as soon as possible, when your memories are still fresh. You’ll be able to recall numerous details while your peer or employee will be able to thoroughly analyze their behavior. Organizing a feedback meeting quickly after a particular situation will help the other party decrease or increase the addressed behaviors.

#5 Do Not Speak Under the Influence of Emotions

This tip might seem a contradiction to the previous one, but in reality, it’s a valuable exception. Depending on the situation, it’s sometimes better to wait for several hours or until the next day before giving feedback.

Listening to criticism in public is very stressful. It’s better to have a one-on-one conversation if you want your peer or employee to understand and remember your feedback.

Effective feedback is the backbone of a successful and productive team. If your peers or employees don’t know how certain behaviors affect others in the workplace, they can’t address them—neither to propagate positive behaviors nor to decrease the negative ones. That’s why when giving feedback, remember to include your insight on positive as well as negative behaviors.