The Pearl of the Adriatic and... Magento – reporting from Developers Paradise 2016 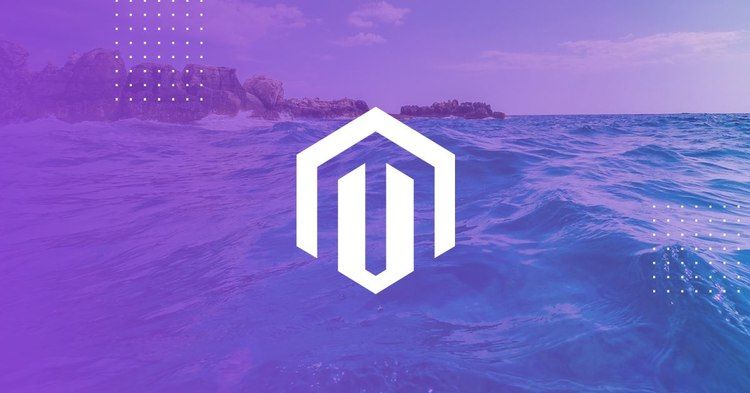 The Pearl of the Adriatic and... Magento – reporting from Developers Paradise 2016

No matter when and where it takes place, Developers Paradise always manages to gather the very greatest that the Magento community has to offer in one place, providing a place for every single member of the community to learn from the best and have fun at the same time. Last month, the conference made its way to the beautiful city of Opatija, Croatia and obviously we couldn’t possibly have missed it.

We always make it our goal to visit the most interesting conferences for Magento developers from all over the world. And Developers Paradise has been providing one for seven years now. We were even more excited when we learned that the April edition would take place in the city of Opatija in Croatia – an absolutely gorgeous coastal city often referred to as the Pearl of the Adriatic. 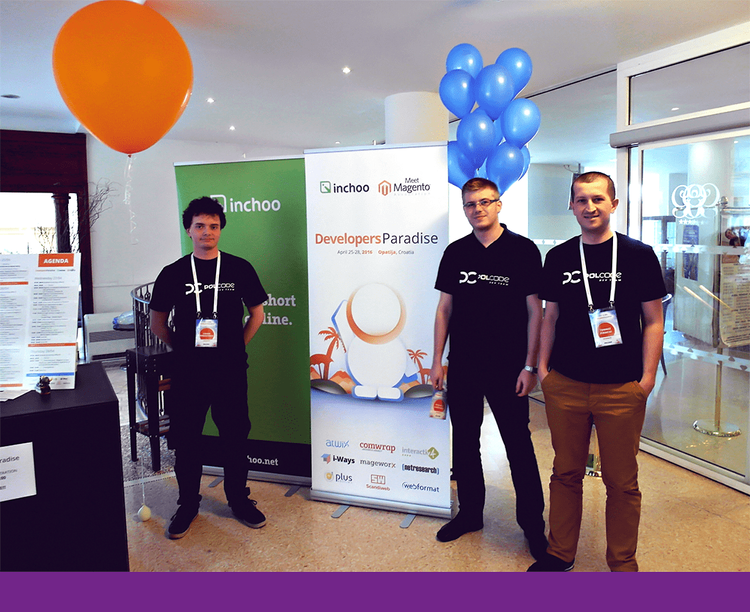 We arrived at the hotel on the very same day the conference began – April 25th. The weather wasn’t too good, so we decided to delay our sightseeing plans and dedicate the entire first day to talking to the other participants. Within no time at all we became completely engrossed in the special and so very familiar atmosphere of the place – contributed to by hundreds of like-minded Magento-loving individuals, including the team behind Magento’s development. We can’t possibly describe all of the four days’ worth of lectures, contests and panel discussions in this short entry. So, let’s focus on some of our favorites.

For many Magento developers, the previous year as well as the first few months of 2016 was an oddly fascinating, yet at times difficult, period of switching to the new version of the platform – Magento 2. The new version introduced many changes both under the hood as well as the UX, significantly improving the ease of use and speed of the platform. Still, it did spark many arguments. And the process of the development of the Magento software has always been something each Magento developer was interested in. No wonder Max Yekaterynenko, the head of Magento 2 development, had a lot to talk about and many questions to answer. We learned a lot about the problems the 15(!) Magento development teams deal with on a daily basis. 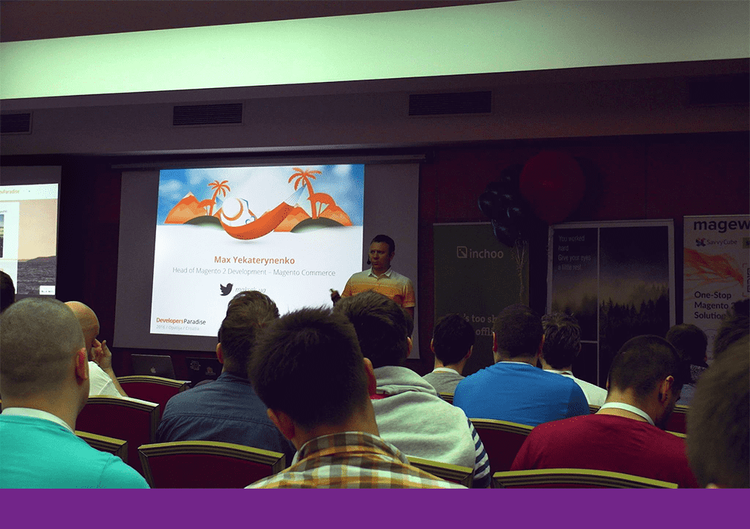 Porting a complex extension to Magento 2 by Fabian Schmengler

As powerful as Magento is, it does force developers to face all kinds of challenges. One of them is the issue of porting extensions to Magento 2. It gets especially tricky with complex extensions. Fabian Schmengler from integer_net shared his knowledge as a developer of both commercial and open source Magento extensions. 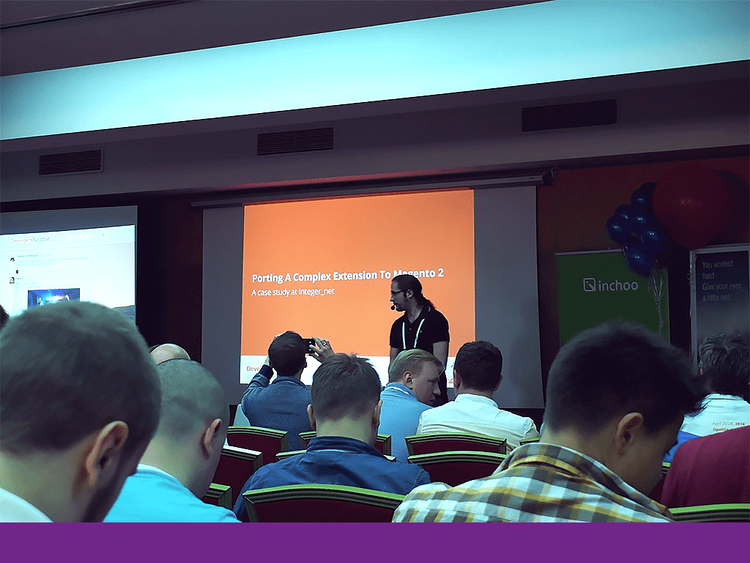 Dancing with the Magento 2 Web APIs by Bill Curtis

What new elements did Magento 2 bring to the API department? Sweet Tooth CTO Bill Curtis has an extensive knowledge of integrations in eCommerce and tackled the issue of Magento APIs from the perspective of their use for integration purposes. The lecture included a lot of practical advice for developers that deal with integration in Magento 2 within their everyday work. 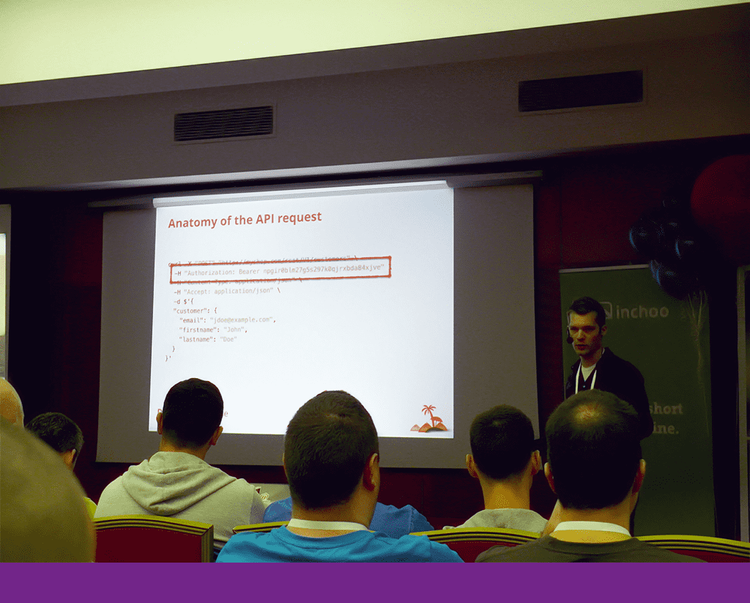 State of import in Magento 2 by Nils Preuß

Importing product information from all kinds of ERP systems is something almost every Magento developer has to tackle from time to time. Polo Motorrad’s Nils Preuß specializes in backend work and, as he says himself, likes the idea of “making things work.” And that’s exactly what his lecture included – practical pieces of advice on how to make product import work in Magento 2. 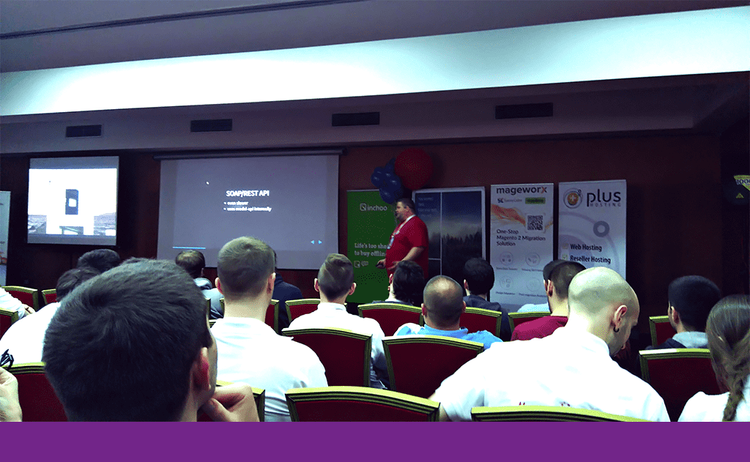 Support of Elasticsearch and RabbitMQ as well as the new and more robust content staging – those are some of the most important new features included in the Magento 2 Enterprise Edition. The lead architect of Magento, Anton Kril, gave us a detailed overview of “all things new” in the Enterprise Edition. 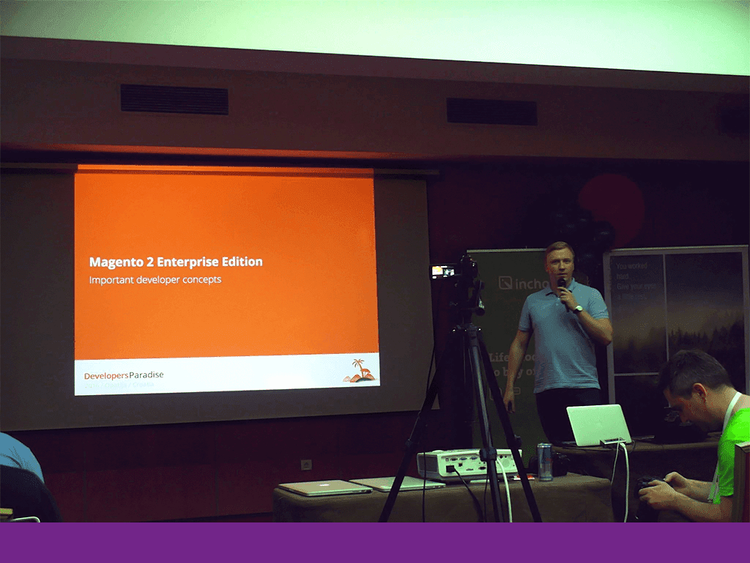 The OWASP list of top ten security flaws is very much relevant in the context of Magento. On the one hand, it means that there is a lot for Magento developers and clients to be wary of. On the other, it means that they can be ready to face the security challenges. The founder of Bit79, Talesh Seeparsan, strives to implement best security practices in Magento projects. His lecture was packed full of his defensive software development tactics with the aim to address the OWASP security flaws list. 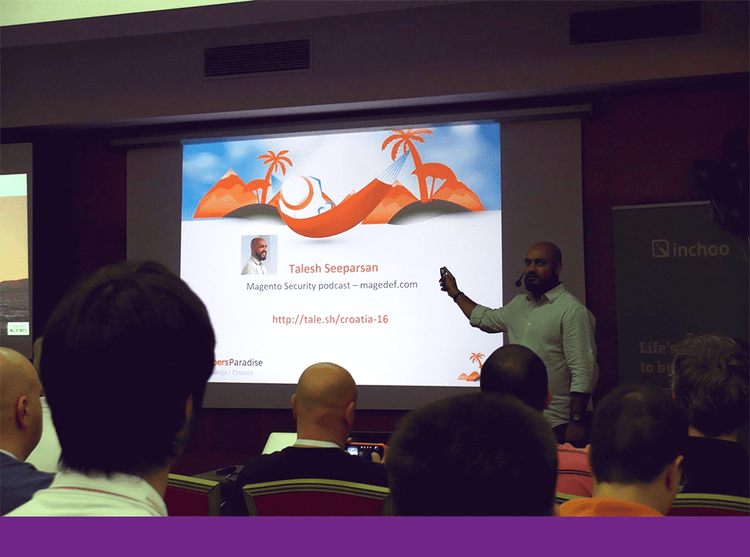 We were really quite busy enjoying the quality of the lectures provided during the Croatian edition of Developers Paradise. Still, and despite the not-too-favorable weather conditions, we managed to take a look outside and see some of the world famous beauty of Opatija with our own eyes. 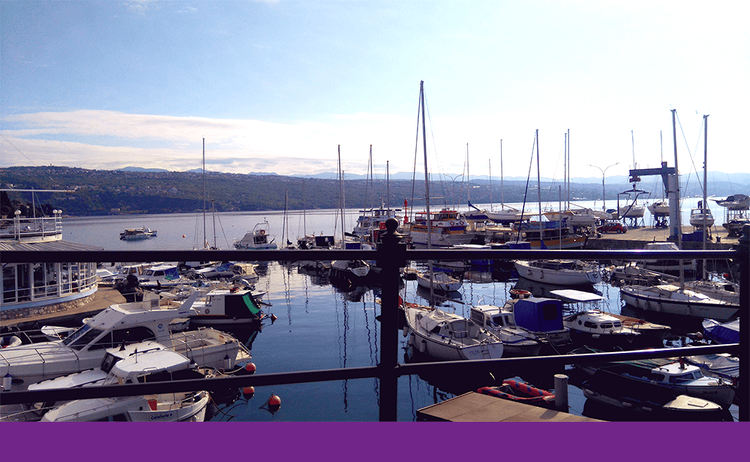 Developers Paradise was another example of a professionally organized international conference for Magento developers. The presence of the most acclaimed specialists, including the Magento team itself, made it a real treat full of valuable knowledge one simply cannot learn from books. For four days, the Pearl of the Adriatic had also turned into the Pearl of Magento. And we left it wanting more, already looking forward for another chance to boost our Magento skills with Developers Paradise!