Straight From the City of Light and… Symfony – SymfonyCon 2015 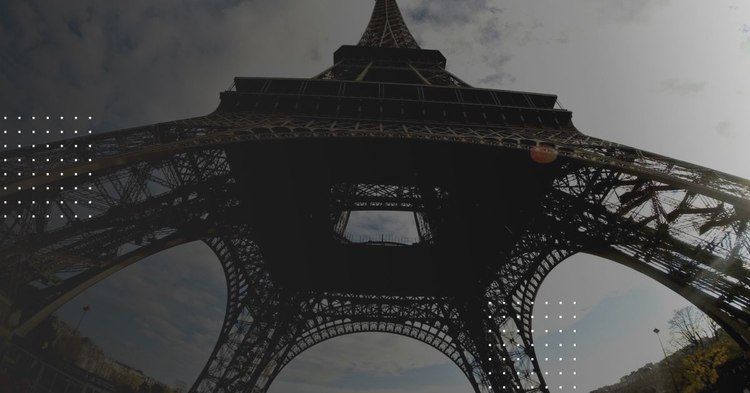 SymfonyCon 2015 is another huge programming event that we wouldn’t dare miss. This year’s Paris edition proved to be both an amazing display of expert knowledge and an impressive show that will stay in our memory for years to come. But that’s to be expected when this framework meets this city.

Straight From the City of Light and… Symfony – SymfonyCon 2015

SymfonyCon 2015 is another huge programming event that we wouldn’t dare miss. This year’s Paris edition proved to be both an amazing display of expert knowledge and an impressive show that will stay in our memory for years to come. But that’s to be expected when this framework meets this city.

On December 3-5 the most enthusiastic and prominent members of the Symfony framework community gathered in Paris to take part in the third edition of the popular SymfonyCon conference. Following the Warsaw edition, and the second one that took place in Madrid, the conference in a way returned to its roots as it was in Paris where the framework was originally conceived ten years ago.

The event was hosted in the beautiful Les Folies Bergeres music hall in the capital city’s 9th district. Over the course of two days more than one thousand participants got to listen to expert lectures on Symfony, the technology behind it, its uses and a whole lot about the PHP programming language. As usual with SymfonyCon, the lectures proved absolutely top notch!

Day one – summed up with an awesome birthday party

Fabien Potencier himself – the original author and leader of the Symfony project – opened the first day. He revealed a lot of details regarding the creation of the framework, highlighted the people that contributed most to its development over the course of the last 10 years and spoke about its future. The rest of the lectures gave us, among others, the opportunity to learn a lot about the structure and uses of Symfony components, such as Security (Sarah Khalil), Routing (David Buchmann), issues concerning the implementation of Symfony in the cloud (Fred Plais, Benjamin Talmard), or the Doctrine ORM library that is closely related to the Symfony framework (Benjamin Eberlei). In the evening, as it was after all Symfony’s 10th birthday, an anniversary cake came on stage and everyone was invited to a birthday party that lasted until the late hours of the night in a… gaming room, Le tete dans les nuages! Could you possibly think of a better place for a bunch of geeks?

Day two – too much goodness to handle

The next day started with Ryan Weaver’s (the man who oversees Symfony’s documentation on a daily basis) lecture on a new way of authorizing and authenticating users – a staple functionality in just about any project and now made even easier to implement thanks to the latest features introduced in Symfony. The entire day was filled with great lectures. SensioLabsUK’s Jakub Zalas presented various methods to speed up your tests (not just through performance tweaks, but also by the sheer quality of the tests). Kris Wallsmith (involved in Symfony since the very first version) made a case for using Event Dispatcher to divide the app code more efficiently. Blablacar’s Olivier Dolbeau showed a glimpse of how Symfony fares in an app used by 20 million people in nineteen countries. Bernhard Schussek proved that the Forms component is not as complicated as it seems (and he does have first-hand info as he is the component’s creator).

The closing lecture by the architect of the Composer library, Jordi Boggiano, is one that deserves special attention. He talked about the problems he comes across and deals with everyday when developing an open source project. It served as a reminder for everyone who doesn’t realize just how much effort is put into managing a project used by as many as tens of thousands of programmers on a daily basis and whose budget amounts to as little as zero. Not only does it amount to programming, reading error reports and double-checking the code written by other people, but also to communicating and dealing with people that express their love and hate for the project everyday.

That commenced the lecture part of the conference. In my view, the biggest flaw was the way the lectures were organized into two parallel tracks. One just can’t possibly be in two places at the same time. But not all hope is lost! All the lectures were recorded and should soon be uploaded to SensioLabs’ official YouTube channel.

The third day featured the traditional HackDay – everyone could come by and help develop the Symfony framework under the guidance of the Symfony core team. This year the organizers focused especially on people who hadn’t contributed so far to help them in their first attempts.

SymfonyCon Paris 2015 was undoubtedly one of the best and most thoroughly organized conferences we’ve been to. The organizers really saw to it that the lectures were of the highest sort, while at the same time providing good food, excellent coffee, fantastic birthday fun and making sure that everyone was and felt safe.

At the closing ceremony, an announcement was made that the 2016 edition will take place in Berlin. We’re definitely going to be there!