Why Does React.JS and React Native Still Lead Web and Mobile Development? 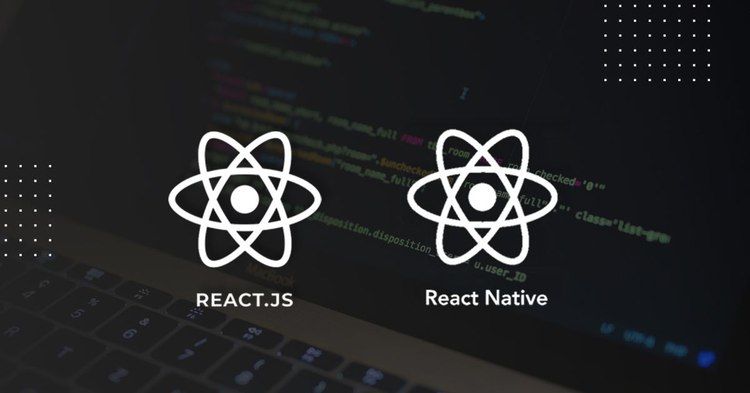 React.js and React Native are popular open-source technologies developed by Facebook. While their names are very similar, developers rely on each of them for very distinct use cases. Below is an overview of their core differences, unique strengths, and how brands take advantage of them in their web and mobile applications.

Why Does React.JS and React Native Still Lead Web and Mobile Development?

React.js and React Native are popular open-source technologies developed by Facebook. While their names are very similar, developers rely on each of them for very distinct use cases. Below is an overview of their core differences, unique strengths, and how brands take advantage of them in their web and mobile applications.

In a nutshell, React.js provides a fundamental way to build dynamic, performant, responsive UIs on the web. Meanwhile, React Native uses those principles to give mobile apps a truly native feel. By native, we mean that an app ‘feels’ like it was meant to be on the device: proportions, displays and designs are familiar to users of the OS, and there are no odd behaviors with loading, scrolling, tapping, etc. Since both are rooted in the same code, learning React will always help developers learn React Native—which means web developers can just ‘learn once’, and they’re nearly ready to build a mobile app!

A javascript library that helps developers write web applications. It’s responsible for handling the UI layer for web and mobile apps. React.js allows us to create reusable UI components that are simple, clean and easy to maintain. It is currently one of the most popular JavaScript libraries, supported by Facebook itself and a massive developer community.

What is React Native?

There are a number of technical advantages for using React from the developer side, which consequently lead to benefits under business requirements. The motto of React.js is to provide a way “to build large-scale applications with data that changes repeatedly over time” and it does so with the following advantages:

You may already know this company behind the products Jira or Confluence. Their project management tools are developed using React. The company states they like the tooling aspects, such as hot reloading, which speeds up their development process. They are excited with possibilities that React may provide in the future.

Everyone is watching Netflix shows during the COVID-19 pandemic. What they probably aren’t aware of is that they’re watching on a website built using React. The Netflix development team chose to use this technology because of its handling with performance and modularity. Netflix is considered one of the best examples of a ReactJS website.

Twitter has been using React since they modernized their website. They also used this library to create the PWA version, which is one of the best available in the market offering a lot of native-like functionalities such as push notifications and offline support.

React Native holds the #1 cross-platform technology for mobile developers because it’s the easiest way to develop mobile apps without sacrificing any sophistication. It delivers on performance promises to ‘achieve 60 frames per second and a native look and feel to your apps.’ Additional technologies like the Expo framework have accelerated its popularity even more, because it’s extremely fast to build and launch mobile apps.

As React Native was created by Facebook, many of their mobile apps are built using React Native. One of them is the widely popular Facebook mobile app. The company claims that the code they wrote is easy to understand and it can be shared easily across multiple platforms.

The Instagram engineering team claims that use of React Native allows them to ship features faster. They started porting their existing native app to React Native as an experiment towards building one view. At the end they claim that they like how quickly the app was developed thanks to code sharing.

Although only the iOS version of the app was built using React Native and they did not benefit from cross-platform development, the Discord team claims that they are happy with their decision. They managed to build the app with a team of only three core iOS engineers. The Discord mobile app is used by millions of people around the world, it is 99.9% crash free and is rated by its users at a 4.8 star rating.

Simply put, React and React Native are great for building apps. Together, they offer one of the most streamlined methods to deliver awesome user experiences that are reliable, fast and expected. They’re quick and affordable to develop, without compromise.

There are, of course, good cases where one wouldn’t use React.js, compared to Vue or Angular for example. If your developers are better versed in Angular or Vue, then React.js might not be the right choice for your teams. Migrating React can be a pretty tedious process as well, so plan ahead wisely!