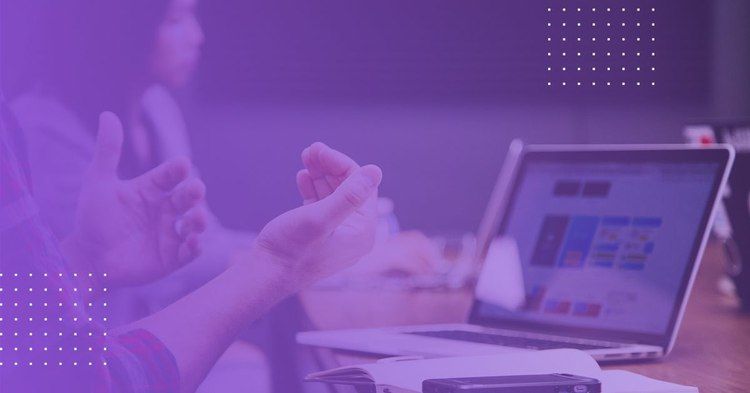 If you ask a CTO at any organization which data sets from the operation of the system should be collected, they’ll unanimously answer—all of them. But to the question which data should be deleted, most, if not all, will answer that none. Why? Because determining the potential value of the data to be deleted is tricky.

If you ask a CTO at any organization which data sets from the operation of the system should be collected, they’ll unanimously answer—all of them. But to the question which data should be deleted, most, if not all, will answer that none. Why? Because determining the potential value of the data to be deleted is tricky.

The amount of information generated by various solutions and technologies within a company carries significant marketing value. That data can also help restore the state of a system or create knowledge bases for machine learning.

The largest modern organizations generate even >5PB of data per month, which is roughly the size of 320 Wikipedias. Click To Tweet

Traditional Reporting in IT Systems

All right, so you know there’s a lot of data to be had in a big business, but let’s focus on smaller players out there.

In smaller organizations and businesses, when the amount of information in the system starts to grow, adding new reports to the static BI system in the administrator’s panel becomes expensive and slow.

I often see that during the construction of an MVP for a client—two to three fixed and permanently coded reports are created, which are clear and obvious to the client at the very beginning.

However, with the increase of data in the system, especially data from many sources (user behavior, data from partners, marketing activities, or sensors in IoT devices), the number of reports that the client needs grows exponentially.

The time required to dig data from many different sources and storage systems is also increasing, slowing down company operations.

It’s fair to say this is a moment where you have to give up the classic approach to building reports in your system.

OLAP (OnLine Analytical Processing) are programs that enable the analysis and visualization of data from various sources and formats.

OLAP can work with the data on separate servers, which equals low-impact on your system. It can perform its task in real time, presenting the weighty results (e.g. the number of open baskets in the store) in the form of a friendly value in the dashboard.

What Is Apache Superset?

Apache Superset is a modern web application used for business data analysis, belonging to the OLAP group of tools.

Apache Superset is an Internet tool for interactive business data mining. Initially created to send queries to Druid, now it supports a wide range of SQL and NoSQL databases.

It has a simple semantic layer that allows users to control the display of data in the interface—by specifying which fields should appear in which drop-down menu and which aggregation and function data are shared with a given user.

Apache Superset has an extensive data visualization system available for users through a simple application interface. Users can create a visualization of query results in the form of, among other charts, heat maps, maps, and pivot tables. 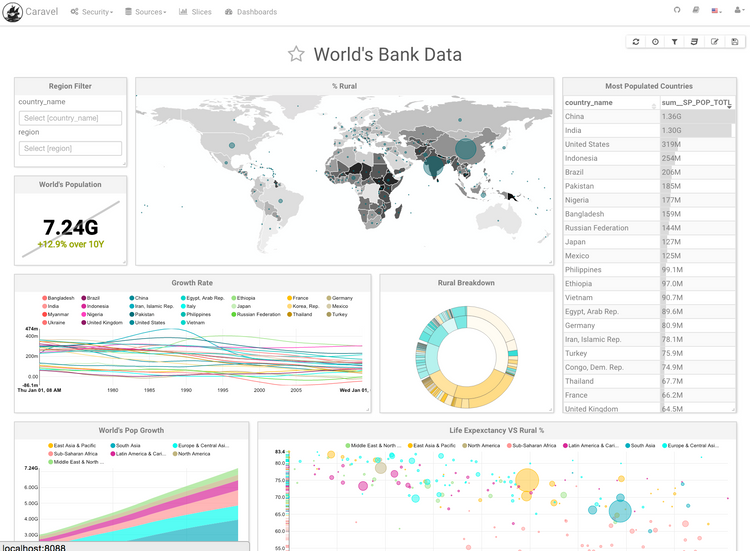 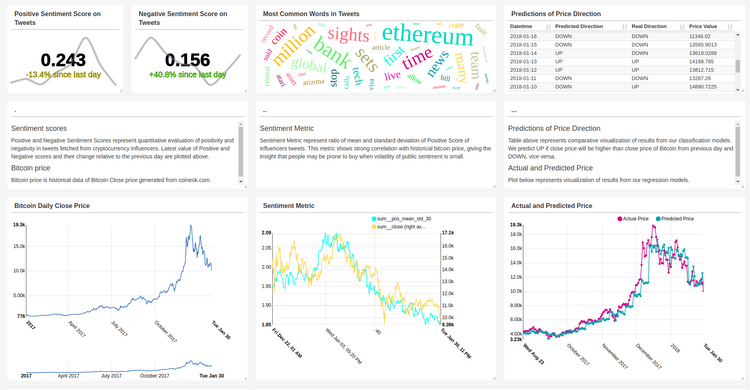 Users can create visualizations of data slices, which consist of multiple slides and can then be fed into dashboards.

OLAP tools, Apache Superset in particular, allow you to generate a report that your business needs, even if initially (especially during the creation of an MVP), you didn’t know about a certain data correlation scattered across different data sources.

Why Use OLAP Tools and Apache Superset in Business Intelligence

OLAP systems connect the world of programmers with the world of business. They make it possible to build advanced queries for data in many different storage systems in a graphical and simple to use manner.

By using Superset to generate reports, you save time, and you can implement your system’s MVP faster. In addition, you do not have to worry about defining a list of static reports when preparing requests for proposals (RFPs).

But Apache Superset works just as well in a small startup, where due to the limited funding and specific work methodology you can’t build separate, dedicated BI solutions.

On the other hand, in a large organization, an advanced system of permissions and the ability to create your own collection of pre-selected data will protect you from information leakage.

Superset significantly reduces the cost of data analysis—it allows you to focus on advanced data relationships and on the further development of your system and products. This, in turn, lets you collect more data needed for your BI and the operation of the Superset.

It’s a closed circle that helps your systems grow in the right direction and develop in a dynamic way.

Business intelligence is a valuable approach to improving and optimizing all business-related decisions. Giving Superset a try and exploring BI and data visualization might have a beneficial impact on the organization and performance of your company.

Want to know more about Apache Superset and how it can help your company? Or maybe you’ve used the technology and have some valuable insight to share? Feel free to drop a comment below or use the contact form.

Polcode is an international full-cycle software house with over 1,300 completed projects. Propelled by passion and ambition, we’ve coded for over 800 businesses across the globe. Interested in giving your company a boost with business intelligence and data visualization? Contact us. We’ll help you find a solution to monetize all that valuable data.