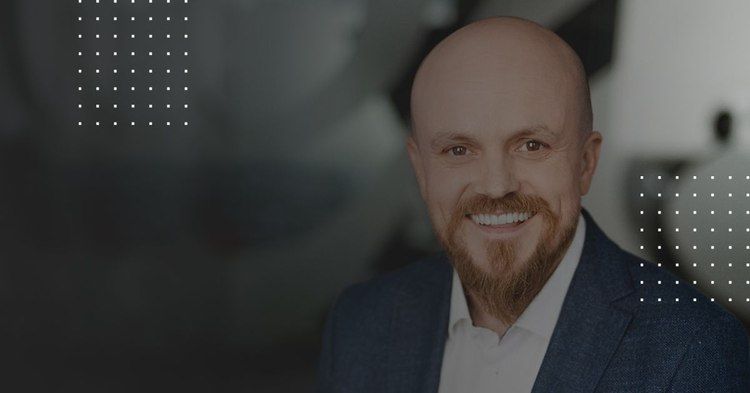 Software development is a dynamic and challenging process. Agile project management helps keep team performance at a stable level, ensuring timely delivery and efficient utilization of resources. At this year’s PMI’s Psychology, Team, and Agile conference, attendees delved deeper into new Agile methods and their effectiveness in PM. Below are some of the most valuable insights.

Software development is a dynamic and challenging process. Agile project management helps keep team performance at a stable level, ensuring timely delivery and efficient utilization of resources. At this year’s PMI’s Psychology, Team, and Agile conference, attendees delved deeper into new Agile methods and their effectiveness in PM. Below are some of the most valuable insights.

What Is the PMI PTA?

The conference was held between 5th and 6th of March in Toruń, Poland. 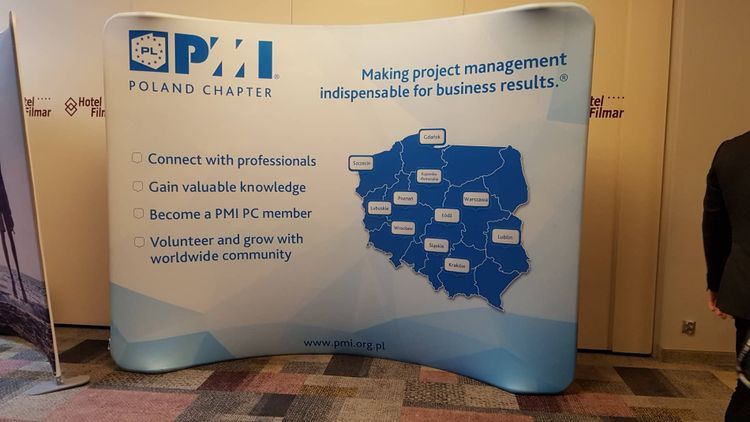 Jenni gave an interesting lecture on how we can shift our mindsets to become more Agile. She presented several brain regions responsible for various behaviors, but her main focus was on the limbic system and prefrontal cortex (PFC).

When we are in a stressful situation, the limbic system takes over and the PFC times out. The PFC works best when everything is organized, but during stress, the PFC underperforms and requires much more energy to work. The limbic system, on the other hand, feeds on stress.

At work, this situation can be observed when you ask, “Can I give you some feedback?” You might think it’s a subtle introductory question, but in this case, the limbic system kicks in and the person you’re asking will start working in fear mode—just like an animal chased through the forest by a predator.

In the Agile work environments, where people have a higher level of autonomy (e.g., self-organizing teams) and influence on what and how something is done, the PFC has optimal working conditions, allowing us to make perfect decisions and think rationally. When that happens, people feel motivated and empowered.

Jenni also showed how our PFCs work under stress: 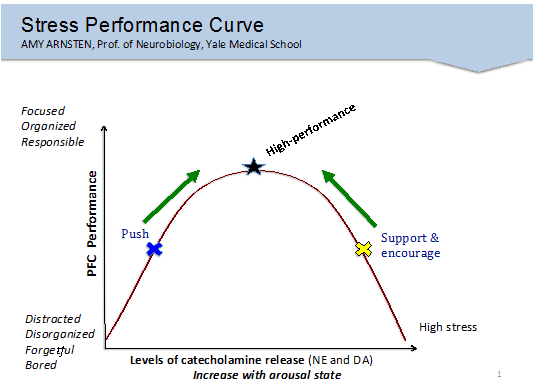 Knowing the above, as a good leader, you can adjust your behavior and communications in a way that maximizes the sense of security among team members, steering their performance toward the high-performance point.

Organizational changes, quarterly interviews, changes in workflow and project management—all increase fear and stress. But if you raise the sense of security among your coworkers, you can improve the performance of their PFCs. This will keep them motivated, happier, inquisitive, and even more creative.

In the Agile methodology, you work together as a team, which decreases the sense of uncertainty. Plan the “high level” first and then progress toward the lower levels. You have to give people the sense that they have an influence on which, when, and how tasks are done.

Instead of worrying about the whole spectrum and fearing the workload, work on smaller parts of the system and hand them over for verification—smaller increments guarantee artifacts. Progress by building a small piece of the system after another.

All this will decrease stress levels and the sense of danger while increasing the feeling of autonomy and the number of positive results.

Jenni also proposed 3 simple steps how to implement changes in an organization as an Agile leader:

At the beginning of his lecture, Łukasz Czaja played a trick on us—and he admitted to doing so. He showed us how he conducted an experiment where he juxtaposed people’s emotions with performance. Łukasz described the complex process of labeling several emotions and aggregating data, then presented graphs and summarized his conclusions. 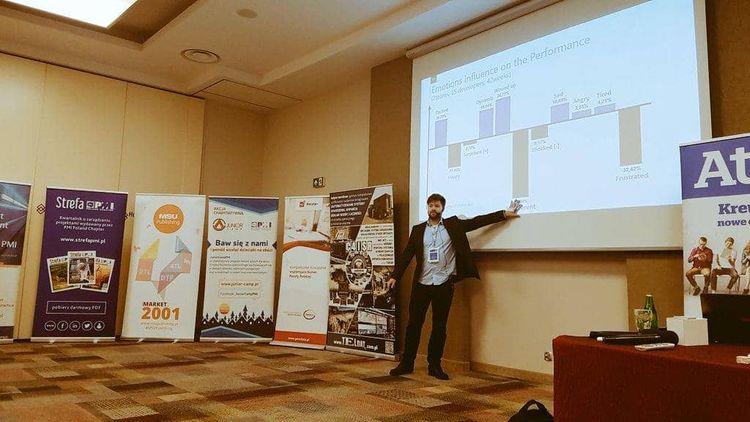 After all of it, Łukasz said his study proved absolutely nothing because it wasn’t carried out using proper practices and statistical methods. That first experiment was done on an IT group.

Łukasz proved that particular study to be faulty by conducting the same experiment on an HR/administration group within the same company. The results were completely different despite using identical methodology.

Łukasz later explained in detail the Agile methodology and the scientific theory of emotional intelligence. He came up with a few conclusions.

One of them was that retrospectives in Agile are efficient only when, as leaders of those retrospectives, we are able to find the correct way to objectively point out what is objectively bad and needs to be corrected; otherwise, the unaddressed pains and problems can become the new status quo.

He added that one of the best ways to motivate people is to activate optimal performance of their PFC. You can do this by giving your coworkers sufficient level of autonomy and empowerment, which working in Agile does very well.

The goal of PMI’s conferences is to promote best PM practices and improve the quality of project management across various companies and organizations. Because of the professional approach and experience in project management, the PMI PTA has a chance to become a go-to annual conference on effective project management. The influx of inspiring observations combined with Toruń’s finest gingerbreads is something to look forward to on the map of Polish IT conferences.

Polcode is an international full-cycle software house with over 1,200 completed projects. Propelled by passion and ambition, we’ve coded for over 800 businesses across the globe. If you want to talk in detail about your IT project, contact us. We’ll be happy to help you get your idea off the ground.