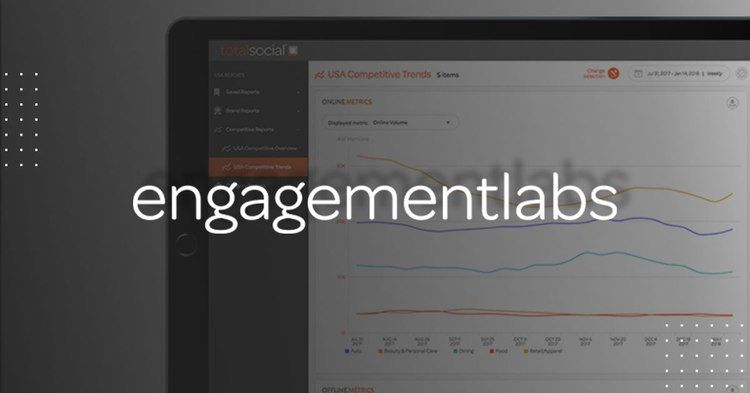 When companies discover that developer talent isn’t limited to their region, they begin to understand how powerful and economical team extension can be. On top of this, there’s often a shortage of talented developers which drives in-house hiring costs even higher.

Early-stage companies need to focus the lion’s share of their resources on growth. Choosing software developers outside of the US and Canada significantly helps ease these economic pains.

Engagement Labs (TSXV: EL) (OTCQB: ELBSF) is a data and analytics firm with offices across Canada, United States and the United Kingdom. They wanted to avoid the common pitfalls of overpaid technical hires and tedious, high-risk hiring processes involved with building a full internal team.

After assessing their project requirements, Polcode set them up with a dedicated senior front-end and back-end developer, as an extension of the Engagement Labs’ team. Tasks were handled by their product owners, and the developers onboarded into their workflows and internal tools within weeks.

Polcode members prioritize adapting to a client’s business so that we truly operate like an extension of the team, not ‘a faceless group of remote developers.’ This project was no different, where full integration meant using the appropriate Slack channels, Project Management tools, and platforms that other Engagement Labs members used.

Engagement Labs already has a core in-house technical team, so it was important that any remote developers were highly capable of easily working together.

“Polcode picked up our Agile project management software instantly, even though they hadn’t used it before. Their team augmentation worked as seamlessly.”

For over a year, the same Polcode developers stepped in during crunch time, when Engagement Labs needed the extra manpower to hit target milestones. The project scope included:

Polcode never had direct access to proprietary algorithms generated by Engagement Labs. In order to keep information secure, our developers built an API to download end results and present them in the user panel. Access to databases and Data Provider was made possible only through the Engagement Labs VPN.

“After a week of the major Symfony 4 update, we still did not experience any issues usually involved with upgrading versions. That is a testament to Polcode’s quality and work standards. We have been nothing but impressed! Thank you for being so easy to work with all along, thorough and diligent in your work. It’s been a pleasure.”

If you’d like to get in-depth details about our case study with Engagements Labs, check it out here!