Does Your Brand Need a Progressive Web App? 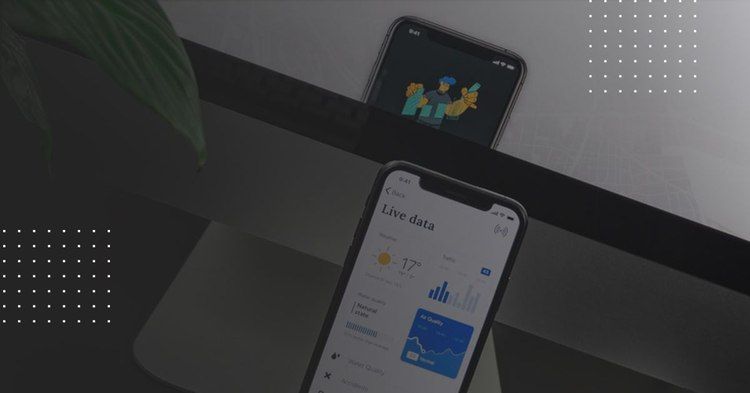 It’s been more than 5 years since “Progressive Web Apps” were first introduced. Since then, PWA development continues to mature while Google, Apple and Microsoft offer more feature support. What’s new with the PWA dev ecosystem in 2020? And what should brands consider when they invest in PWAs?

Does Your Brand Need a Progressive Web App?

It’s been more than 5 years since “Progressive Web Apps” were first introduced. Since then, PWA development continues to mature while Google, Apple and Microsoft offer more feature support. What’s new with the PWA dev ecosystem in 2020? And what should brands consider when they invest in PWAs?

Progressive Web Apps (PWAs) have come a long way to prove that they weren’t just a hype trend. They’re the simple answer to a very common hesitation with brands: Does our business really need a native mobile app?

PWAs are essentially websites packaged into an app experience that take far less resources to develop than native apps. They’ve been buzz-worthy because of leading brands like Instagram, Twitter, and Spotify adopting PWA versions of their sites.

They excel because they level the playing field for both small and large players to ‘appify’ their websites or web stores with minimal cost, maintenance and lead times. For example, you can build something as niche as Critterpedia, a PWA that helps gamers keep track of their items in Animal Crossing: New Horizons. Or you can build Forbes, the PWA version of their global media website, capable of loading in 0.8 seconds, which resulted in a 43% increase in sessions and a 100% increase in engagement for their brand.

Seeing sky-high revenues from other native mobile apps may be attractive for businesses. But you’re likely not seeing the army it takes to build and maintain a native app, nor the monthly maintenance costs.

Let’s take a look at what’s working, what’s not, and why Progressive Web Apps are one of the best ways to make money for small-to-medium businesses looking to create an app experience.

If you already have a working website or e-commerce shop, you already have the existing code to transform it into a PWA. Developers only need to maintain one codebase; there’s no need to test and fix bugs on both iOS and Android versions.

When push updates to the app, it uploads to the server with no interference or licenses needed in the App stores. They are easy to share via URL, download, and update for end-users without needing to visit an app store.

Google Play Store and Apple Pay support is now enabled for web-installed PWAs. Continued support from Android and iOS signify confidence that PWAs will only go forward from here. For example, PWAs now easily worth with Magento storefronts for both web and mobile devices, or wherever payments APIs are available.

Traditional web apps are notorious for not working when disconnected from a network, if the app even opens at all. PWAs work offline by caching data and storing it until a connection is made again, so that users can reliably browse, shop, or send information without anything being lost.

PWAs are a fraction of the size of the native iOS and Android apps. This makes them fast to load, which is one of the top metrics for creating user engagement and satisfaction. The PWA built by Starbucks, for instance, was 99.84% smaller than their iOS app.

Every app type has ‘different’ security features, not necessarily better than one another. Since PWAs are essentially stripped down versions of web pages, it uses the same security layers that the browser provides (HTTPS) allowing for browser-to-server encryption so apps are as secure as your website.

Progressive web apps offer a native-feel, with responsive experiences that automatically adapt mobile, tablet and even PC screens—again, maintaining only one codebase, not several. Browsers can add PWAs as home screen icons, allowing users to tap on them and interact just as they would a native app.

The Cons: When Are PWAs Less Effective?

Since PWAs don’t use all device features seamlessly, features like contactless payments and fingerprint authorization may not work directly with a PWA and are currently unsupported in both major OS markets.

There are no web push notifications on iOS and unfortunately, adding PWAs to the iOS home screen is a feature only available with Safari. This may change in the future as Apple continues support in small ways. The latest iOS 13 allows PWAs to take advantage of Dark Mode, giving them a native feel that uses the system’s current light or dark theme,

Some users exclusively discover apps through their respective OS app stores, meaning PWAs aren’t highly discoverable to these users. However, the Google Play Store has recently experimented by placing their own PWAs within the store, and more PWA stores are hoping to help visibility for these kinds of apps.

Technologies Most Used in Developing PWAs

React is an open-source JavaScript library maintained by Facebook and a community of developers. It is one of the most (if not the most) popular technology used in frontend development. The production build “create-react-app” offers a pre-built, fully functional Progressive Web Application.

Angular is an open-source web application framework created by Google. It helps to create PWA in a clean and maintainable way to provide great experience to the users.

You can quickly create a PWA using a Polymer template. It is maintained by Google and this technology is frequently updated. It consists of many components which are designed to use in PWA.

Ionic is a powerful JavaScript framework for developing applications for many platforms. Because Ionic Apps use various web technologies, they can run seamlessly as a Progressive Web App.

There’s a lot to expect from PWAs as they gain more browser support. The new push from Microsoft Edge (the Chromium version) allows users to install any website as a PWA. Growing OS support allows us to install PWAs on Android, iOS, iPadOS, Windows 10 (and future 10X), Windows 7, Windows 8.x, Xbox One, macOS, Linux 64 bits, Chrome OS and kaiOS.

Project Fugu is closing the gap between PWAs and native apps with new APIs that will increase the abilities of the Web Platform for Google Chrome, Samsung Internet and Microsoft Edge.

In terms of UX and design, PWAs can now leverage iOS built-in dark mode and maskable icons with standard format to use adaptive icons on supporting platforms.

Polcode has built dozens of PWAs for our client’s e-stores and digital web solutions. If you have any questions on how your e-commerce shop or website can be turned into a Progressive Web App, feel free to reach out to us and get to know your options.