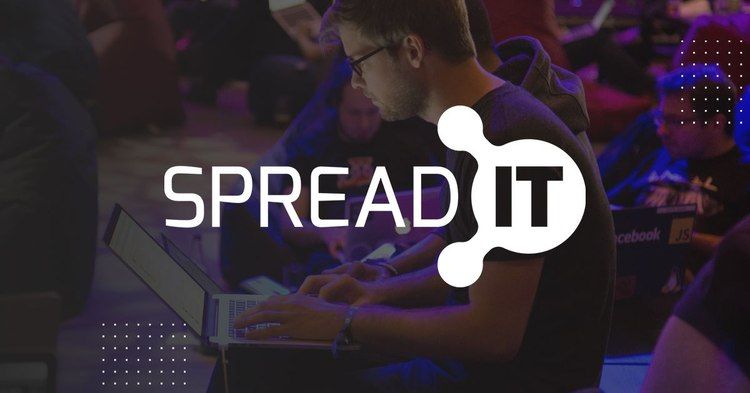 The fifth edition of SpreadIT is over and, man, that was one gripping experience. Our handsome crew proudly represented Polcode at the conference, this time dedicated to Software Architecture, GameDev, and Software Craftsmanship. Let’s see what good stuff did our attending fellow Polcoders bring back from the event.

The fifth edition of SpreadIT is over and, man, that was one gripping experience. Our handsome crew proudly represented Polcode at the conference, this time dedicated to Software Architecture, GameDev, and Software Craftsmanship. Let’s see what good stuff did our attending fellow Polcoders bring back from the event.

SpreadIT is a free one-day conference tackling a variety of IT matters. Programmers from around Poland come to Gliwice each year to share their development knowledge and promote best development practices.

This year’s edition was split into three different thematic parts:

Check out what programming enthusiasts could learn from each.

The prevailing themes on the software architecture front were methods aimed at keeping the structure of the code organized and streamlined. At Polcode, we know it can be problematic to introduce changes to a completed project, and that it’s important not to disrupt the whole structure of the code while doing it. Needless to say, these lectures were of particular interest to our devs.

Indeed, Mateusz loved everything that was going on during software architecture block. “I was all ears during Event Processing in Action and Ports and Adapters lectures. I find the two concepts extremely useful in software development,” says Mateusz, Polcode’s Symfony developer. “I’ll surely use both approaches in my own projects in the future,” he added. That is, our projects 😉

Among the lectures on software architecture, Maciek, our Symfony dev, too, had his presentation. Maciek talked about the importance of Code Review in IT projects. As a software house, we know the quality of the code is crucial in the initial stages of each developing project. In fact, that initial quality can influence future success of a project. Maciek shared our take on reviewing the code. 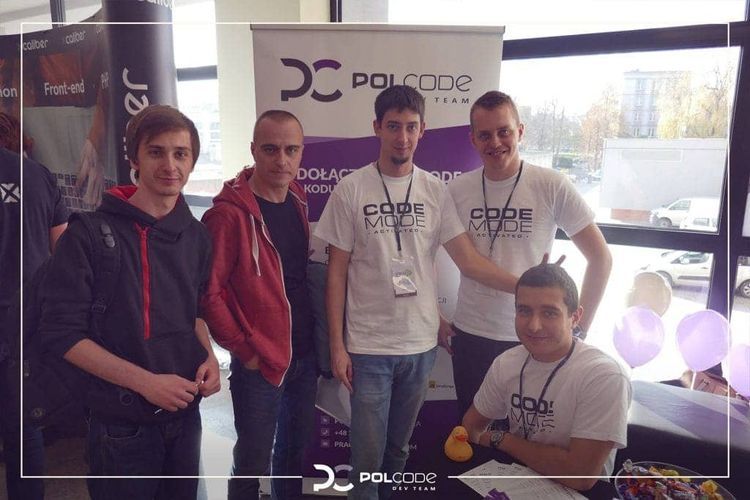 There are certain hardcoded objectives of code review:

Aside from that, every company should have its own code review checklist. Also, all developers performing code review should create lists of their own common errors. It’ll help them eliminate such errors in the future.

There are multiple checklists available online that can be adapted to respond to company needs.

Lectures on software craftsmanship focused on the art of programming itself. We started with the challenges and benefits of creating open-source projects, then progressed to designing and deploying software development projects from scratch, and finished off with best practices when using SCRUM—renowned project management framework.

There was also a valuable lecture on how to write clear code—something fellow devs appreciate greatly when working in teams. Remember, keeping the code neat and sweet makes a dev a true master of the craft.

Developers interested in game dev could learn more about new approaches to game development, mainly using cloud services in developing and even publishing games. There was also a discussion on the prevailing stereotype circulating among programmers that “IT programming is boring but pays well and game dev is interesting but exhausting.” (SpreadIT)

As for more technical presentations, there were lectures on reactive programming in Unity, creating solid databases for resource-demanding games, and conquering the dreaded VR sickness.

The presentations were varied and both advanced and beginner developers could find something interesting to learn and employ in their IT projects. “Would I attend SpreadIT next year? I think yes,” says Mateusz. “And even if there were a few presentations I found too basic and ill-prepared, a vast majority was compelling. Also, the conference is free, which is a huge plus.” Those few glitches should make a good reference point for the organizers, helping them improve the next editions of SpreadIT.

Polcode had the honor of being the gold sponsor of the event. As a software development company constantly seeking new talents, we support events where junior and seasoned devs can share experiences and knowledge about programming. Here’s how our fearless crew was faring at the conference, with their eyes hungry for passionate devs to join our ranks.

We would like to thank the organizers of the conference for putting together such an interesting and engaging event. Hopefully, the developers who attended the conference will use what they learned in their future projects and also do something else—spread the IT knowledge. We know we will 🙂