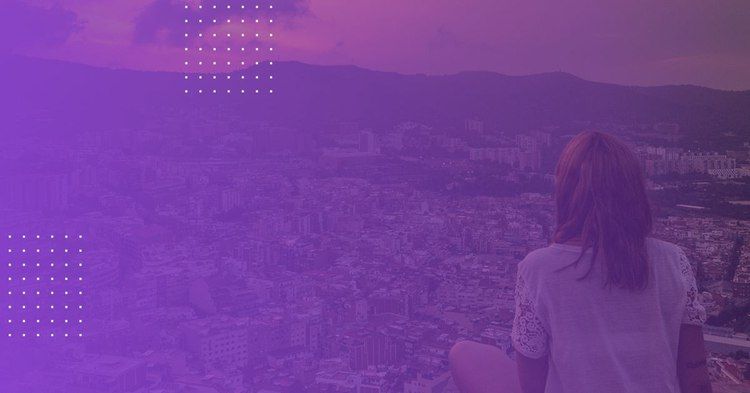 There are very few technological conferences as exciting and eclectic as Full Stack Fest. Find out what happened during this year’s edition through the eyes of two lucky Polcode developers that won our internal contest and received free entry tickets to the famous event.

Passionate developers love attending great tech conferences. It is there where the very best in the business share their secrets and tackle important problems in ways no one has ever done before. At Polcode, we are reminded of that passion on a daily basis as our developers compete for free entry tickets to the best events during our internal contests. This time, two of our devs, Marcin and Marta, got to take part in the well-known Full Stack Fest (FSF) – a conference that “puts the languages aside to focus on the technologies behind them and the problems they solve.”

They arrived. They enjoyed. They told us all about it. Below you can see Full Stack Fest 2016 the way they did.

FSF 2016 took place in Barcelona, at AXA Auditorium, a part of the enormous Illa Diagonal complex that sports a shopping centre, two hotels and then some. A place truly befitting of an event such as FSF. The organizers took care so that every little detail felt interesting and well thought-out. Just look at the identifiers our developers got!

Unfortunately, these floppy discs turned IDs had no data – what a missed opportunity! 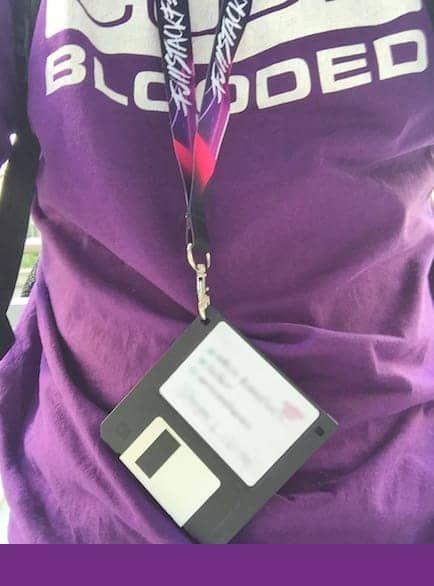 FSF has always been known as a well-organized conference and this year was no different. A mobile app and a Slack channel that had all the information each participant needed were active during the entire five day event. All presentations had subtitles to make sure that deaf participants could enjoy them. Everything was taken care of so that the attendees could focus on learning and networking.

The gist of it – great lectures

The atmosphere in the Auditorium was one of a kind 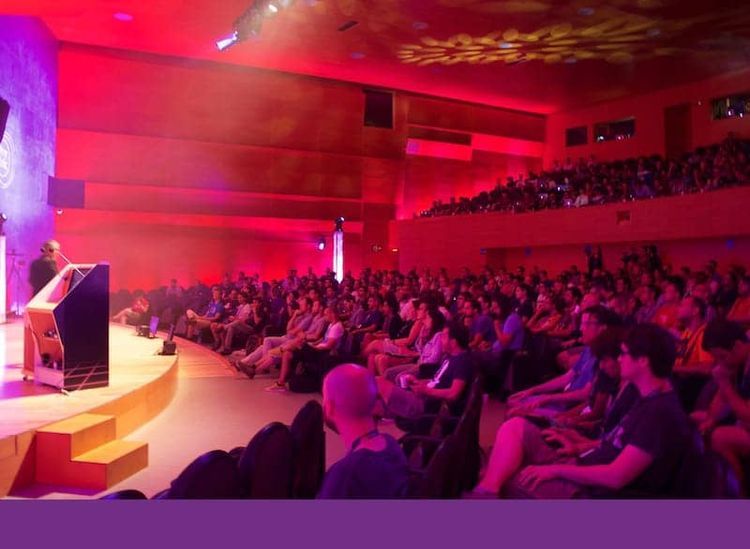 No matter how pretty the facade is, there is no great event without great lectures. Luckily, FSF really delivered. The first two days focused on backend, on Wednesday there were no lectures, the remaining two days concerned mostly frontend issues. All lectures were recorded and made available on the organizer’s YouTube channel. Let’s go over the lectures our developers found the most interesting.

Joe Armstrong is one of the designers of Erlang, a once proprietary language. And at the same time an individual absolutely incapable of… giving a bad lecture! As Armstrong pointed out himself, the title is a bit misleading as the history of computing only started in 1948 – in other words just 68 years ago. The remaining 32 years and what they are going to bring is what he attempted to guess. That’s just one of many examples of how the past and the future connected during FSF. Highly recommended!

How secure are Docker containers?

Ben Hall talked about the security of Docker containers. To make his point, he used the Katacoda web portal and its security system as an example. It’a site that happens to allow its users to deploy and meddle with… Docker containers. A very strong, technical lecture that our developers found most interesting.

The InterPlanetary File System (IPFS) is undoubtedly one of the most exciting emerging technologies. It’s yet another web distribution protocol. What’s different about it is the fact that it focuses on the content itself rather than where it is located. As long as we know the identifier of the content, we can obtain it from any place that has it. Is it the future of the web?

While our developers were more interested in the backend part, they still found some of the frontend focused lectures very compelling. This one presented a whole new way of crafting layouts in CSS. And what a pleasant change that one would be! Of course, that is as long as it is actually supported by all modern browsers.

The Physical Web: building on top of the open web

The web is still maturing, still growing as we speak. This presentation is the greatest proof of that. The Physical Web wants to enable all things to become a part of the web. Thanks to Bluetooth Low Energy (BLE) beacons, any object can broadcast a URL you can interact with. It’s a concept you are definitely going to hear about some more in the future!

Exploring the charms of Barcelona

On Wednesday our developers got a bit more time to finally take a look at the city. After all, no matter how great FSF was, it would be a shame to leave Barcelona without doing any sightseeing. What little time they had, our devs used it efficiently to see the most important spots in the city. They even found a bit time to go to the beach. Don’t believe it? Here’s the proof! 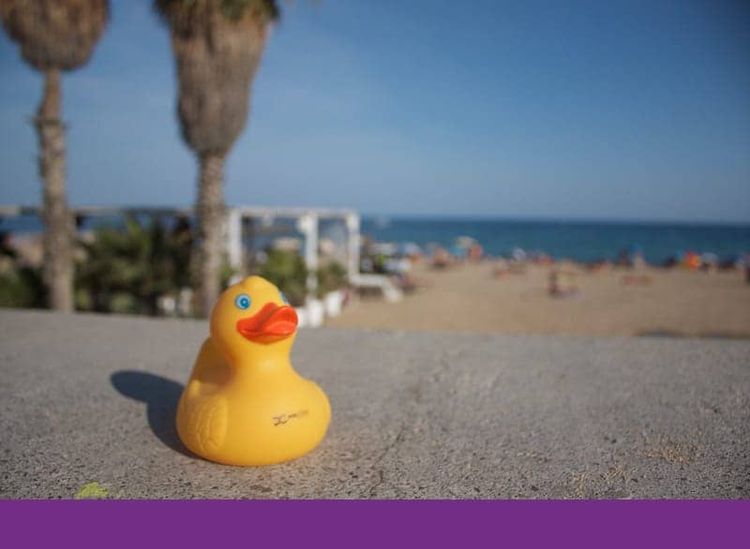 Bag of ideas and lots of good energy

FSF proved to be everything it claimed to be – a well-organized event full of inspiring lectures and people that talked about real problems and all the ways different technologies can be used to solve them. That’s what keeps passionate people going. Our developers returned with a lot of good energy. And they’re probably already picking another great event to go to with Polcode!